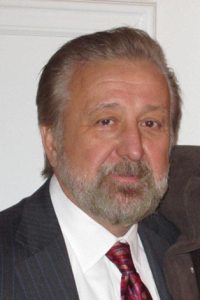 Possessing three decades of experience in strategic planning, political organizing, and community outreach, Don Attore is the principal owner of Attore & Associates, LLC, a public affairs, political consulting and strategic planning firm. He is an expert in the complex area of public policy within the State of California, particularly the City of Los Angeles.

As a public affairs and political consultant, Don has worked with a diverse group of clients including the International Brotherhood of Electrical Workers, AT&T and AECOM, California Teachers Association; the California Endowment; the Packard Foundation; the Bill & Melinda Gates Foundation and the William & Flora Hewlett Foundation.

Don was a member of Los Angeles Mayor Antonio Villaraigosa’s transition team and was previously appointed by former California Assembly Speaker Fabian Ñunez to the First Five Commission. In the fall of 2008, Don developed and implemented a complement of services for Majestic Realty with the goal of bringing the NFL back to Los Angeles by building a premiere stadium and entertainment complex in the City of Industry.