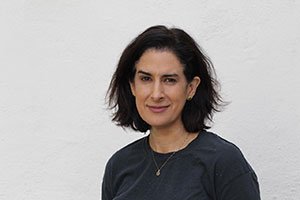 Cara Mia DiMassa is the grand-daughter of Italian immigrants from Ischia, an island off of Naples, and a dual United States and Italian citizen. She works as the director of Summerkids Camp, a family-run business that has been operating in Altadena, California for more than four decades.

Prior to joining the family business full-time, DiMassa was a staff writer and editor for the Los Angeles Times, where she was an editor in the Book Review section and covered local politics, the LAUSD and urban affairs. Her stories on the “dumping” of homeless people into downtown L.A.’s Skid Row made national news and affected policy changes at both local and state levels. DiMassa was awarded a Times Mirror Innovation Award for her role in starting the Los Angeles Times Festival of Books in 1996. In addition, she was part of the Metro news staff that won the 2004 Pulitzer Prize for Breaking News, for coverage of the Southern California wildfires.

DiMassa is also a board member of Young & Healthy, a Pasadena-based nonprofit that connects underserved children with free medical, dental and mental healthcare and helps families with insurance enrollment and navigation. She lives in Altadena, California with her husband, an Assistant U.S. Attorney, and their two teenage daughters.