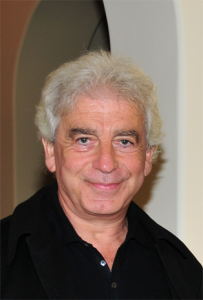 Richard Flamminio is a second generation Italian born Los Angeles. Upon his graduation from Garfield High School, Richard served in the U.S. Air Force for four years. While in the Air Force, he enrolled at Yale University before returning to Los Angeles and completing his studies at California State University, Los Angeles.

Richard assumed control of the family produce business, Umina Bros., Inc., which he expanded from a firm that predominantly specialized in citrus a full-line produce house offering all types of fresh fruits and vegetables. He established an export division of Umina Brothers, which allowed the company to increase procurement and sales in markets worldwide. By 2004, sales exceeded $30 million. What began as a humble produce store in 1914 exists today as a leader in the wholesale and export markets of fresh fruits and vegetables, sourcing and exporting products worldwide, boasts a staff of 100, and sales over $100 million.

Richard and his wife, Melanie, have two children. The Flamminio family os actively involved in Pepperdine University in Malibu, California, where they reside, as well as the Ronald McDonald House and other charities.