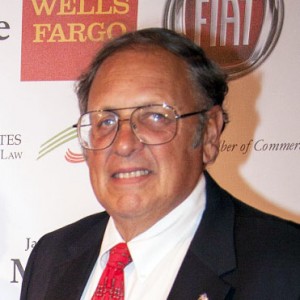 A first generation Italian American, Robert De Pietro was raised and currently resides in the Los Feliz area of Los Angeles. He attended Loyola High School in Los Angeles, and received a Bachelor of Science in Engineering from Harvey Mudd College in Claremont, California. Robert earned a Master of Science in Structural Engineering and Structural Mechanics at the University of California, Berkeley.

Robert began his professional career at Wheeler & Gray, a structural and civil engineering consulting firm, which was headquartered in Eagle Rock, California. As a Structural Designer, Robert’s extensive experience included field observation, the development of structural systems for residential and commercial projects, and modifications to rides and exhibits for Disney Enterprises.

Along with his brother, Dennis, an esteemed Architect, Robert is a partner of Frank De Pietro and Sons, the firm founded by his father four decades ago. Robert oversees design, construction, and building management of their commercial properties in the Southern California area.

Robert is registered in the State of California as a Professional Engineer in Civil Engineering. Additionally, he is an associate member of the Structural Engineers Association of Southern California. Robert previously served as a public member and past president of the California Architects Board, and is currently a member of its Regulatory and Enforcement Committee. He is a past member of the National Council of Architectural Registration Board’s Professional Conduct Committee and served on and co-chaired two citizen committees at the request of the Los Angeles City Council.

Robert is a former member of the Board of Trustees of Harvey Mudd College, and presently serves on the College’s Engineering Department Visitors Committee as well as its Alumni Board of Governors. His community involvement includes membership in the Kiwanis Club of Eagle Rock, the Italian Catholic Federation, the Petersen Auto Museum’s Checkered Flag 200, and the Streetscape Committee of the South Lake Business Association in Pasadena. Robert serves on the Boards of the Patrons of Italian Culture, the Eagle Rock Chamber of Commerce, the Ferrari Owners Club and the Healthcare Foundation of Glendale Adventist Medical Center. He is a member of the Jonathan Club of Los Angeles.

Robert is one of the founding members of the Historic Italian Hall Foundation.