The Italian American Museum of Los Angeles is pleased to announce that it recently received a generous contribution from the estate of Edward and Jill Di Loreto, philanthropists and longtime supporters of the IAMLA.

Born in Prato, Italy in 1913, at age six, Edward immigrated to the United States with his family and settled in Connecticut. During WWII, Edward worked in a submarine factory, before relocating to Downey, California, in 1946, where he found employment at Douglas Aircraft. In 1954, Edward met Jill Krause, a registered nurse born in Layfayette, Indiana, and the two married. Soon thereafter, he established a business in a one-car garage, and, using Jill’s life savings of $1,000, expanded the business to become Yale Engineering, a company that manufactured aerospace, and later, skateboard components. 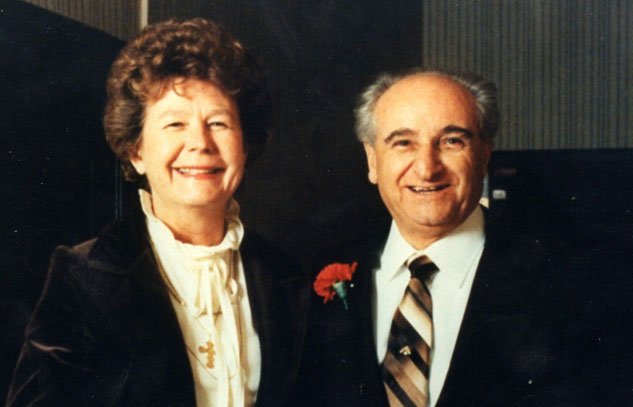 For decades, Edward and Jill generously dedicated their time and resources to a myriad of local, national and international causes, including the Red Cross, St. Francis Medical Center, Villa Scalabrini, and United Way. The DiLoretos were responsible for the creation of Pepperdine University Law School in Malibu, California, as well as the school’s dining commons, and created a residence hall for Pepperdine students in Florence, Italy. The couple also established several scholarships, served as the guiding force of committees providing relief for victims of natural disasters in Italy, and created endowments for the Italian Heritage Cultural Foundation in Los Angeles and the National Italian American Foundation in Washington D.C.